Out of This Dimension
Imputing new worlds with multiversal appeal

Okay, so I did have a topic for today but have been too busy with work commitments and a bit too lazy to write it up. Although I thought I should write something up for today so I thought I would gripe about how people and places are already hawking Christmas stuff when Halloween is not even over yet. Can you imagine? The audacity! That’s why I won’t tell you how the Order of The Dimensions trilogy is the perfect holiday gift from the scifi lover in your family or among your friends. I won’t tell you that the story about inter-dimensional intrigue, romance, and adventure would be perfect for the winter months after all the festivities have died down. And I won’t tell you that that all three books are now available at Lulu and Amazon in paperback and kindle form.

And now that we have that all cleared up, join me next time when I hope to have my post about random assignments ready.

So I went to this Statistician of the Year Award Dinner the other night — same one I attended last year and thought about what message I got from it that I could convey here. And, although there were no cool Marilyn Monroe pix — and I thought the honey glazed salmon tasted better last year too, the topic was once again interesting in that it talked about how some data we analyze could be extrapolated too much. Like the famous ice cream-murder example. Never heard of the famous ice cream-murder example?  No?  Well, here it is!  Or how in a recent study that the speaker talked about, women were found to wear red more often at certain times. Which made me very concerned, as I do not have much red in my wardrobe so what does that make me?

So of course, the next step was trying to relate them to my trilogy.  So now, let’s say Randy again wants to figure out what dimension Anton is in and goes by the average climate of where his target could be.  But even that is not as simple as it seems.  Like if Randy determines that Anton is in a warmer climate, he could be in Hawaii (an unjustified dimension) or in Houston (a justified dimension).  Or considering cooler climates, Anton could be in Finland (an unjustified dimension) or in Detroit (a justified dimension).  So I guess my take-home message today is even though correlations are cool, their associations should be interpreted cautiously and maybe adjusted for different factors.  Like in our case, Anton’s marital status, occupation, and his proximity to the masterboard.  Masterboard which kind of looks like Hal …

Okay, not really.  Now, you’ll have to read my trilogy to see what it really looks like, won’t you? Or else, you can join me next time when I think of another way to use stats to pimp out my books.

I mean, yeah, she’s actually married and has a kid and … um, okay I’ll think of another example next time.  Until then, “If you liked it then you should’ve put a ring on it  … ” Yes, I’m stopping now.

So last time I mentioned how on twitter, I could cluster my followers into different groups, like scientist types, author types, actor types, types who like me just not necessarily my books (and that’s okay too — I guess), etc. But what if someone could fall into more than one of those categories?  Well, that’s where K-means clustering comes in.  It’s basically where you assign a numeric value to each individual and group the individuals so that their numbers are as close as possible to the average of all their numbers combined. 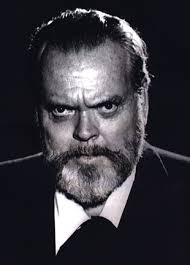 Yes? Yes — I thought so! Now, if you excuse me, I’m going to go to my nearest Red Box and see if I could finally rent Citizen Kane this time as I have yet to see it.  Rosebud!

The ABC’s of ABB

So we talked about the Bayesian and we talked about the bootstrap, so why don’t we talk today a little about approximate Bayesian bootstrap (ABB) imputation, where you take the values you already have and resample from those to fill in the values you don’t have. Got all that? Okay. No? Okay, that’s okay. Because I’ll fill you in with an example from my trilogy of course!  So say our hero, Randy, wants to see where Anton, or at least the villain alter of Anton is.  He could look into places where Anton was already found before and he has knowledge that Anton only goes to those places.  So he could look for big A in London or Malta or Maui but maybe not in Tahiti, because Anton has never been known to set up the Masterboard in Tahiti before.  He could, but we’d never know if we were to use approximate Bayesian bootstrap (ABB) imputation.  Which kind of sucks because look at it!  It’s Tahiti!

Which is one of the locals I take my Twitter followers to.  Yes, I do these thing with twitter shoutouts where I take them to exotic places. Speaking of Twitter, I noticed that I could cluster my followers by scientists, authors, other actor/artist types using the k-nearest neighbor algorithm.  And what is that you ask?  A topic I came up with for next time just now!  So there you go … till next time.